Radio WROCK: The Musical is a stage play centered around characters at a fictitious AM radio station during the summer of 1966.

The original songs and radio jingles used in the play will bring you back to a time when DJs, AM radio, and classic rock were king of the air waves. 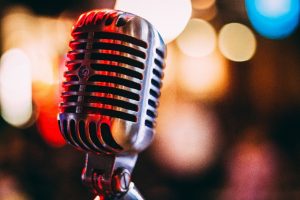 A radio station, WROCK in Twisted Creek, has lost its DJ and the station manager is trying frantically to find a replacement. The manager has been trying to fill in as the DJ but is a disaster and ratings have fallen. In desperation the station places recruiting ads in Hollywood entertainment publications.

Rockin Rick Riley is a big name DJ at a Los Angeles radio station who has just been fired for fighting with the owner of the  station. The owner is  furious and prevents Rick from finding a DJ job at any other station in LA. Seeing the ads, Rick’s agent contacts Twisted Creek and gets Rick the job.

The Twisted Creek station manager is ecstatic to have a famous DJ in their small town, but Rick‘s plan is to take the job on a temporary basis until things cool off and he can get another DJ job back in LA. Arriving in Twisted Creek, Rick finds himself in a far different environment than LA. There is heated tension between Rick and Lisa, the station producer, as a small Midwest station meets a big city DJ. The two cultures collide amid the sounds of rock music in 1966.

The play is set in the summer of 1966 at an AM radio station located in the small town of Twisted Creek nestled among the corn and soybean farms of rural Midwest America. The town’s motto is “Twisted Creek, a great place to raise some corn and a family”. 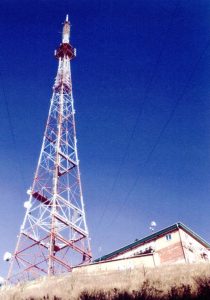 A young, popular DJ at a Los Angeles rock station. Rick is energetic, abrasive, and constantly fighting with the station’s owner. Rick also likes to party at all the LA night clubs and one day it gets him fired.

Unable to find work in LA he ends up as a DJ in Twisted Creek where the fast-paced lifestyle he is accustomed to clashes with the laid back style of the rural Midwest.

Lisa is an attractive, quick witted, strong willed young woman. She was raised in Twisted Creek and has a degree in broadcasting. She sees Rick as a conceited snob and resents how he demeans Twisted Creek and the radio station.

While sarcastic to her, Rick is also attracted to Lisa and keeps making advances, which she initially rebuffs.

The middle-aged manager at the radio station in Twisted Creek.  Always nervous, Bob overreacts to every problem and is always trying to smooth things over at the station. He is also naïve which Wally likes to take advantage of.

Older, and subtly sarcastic, Wally has been with the station forever and keeps the old equipment in the studio working. He is fond of wearing blue jean overalls with suspenders. a baseball cap and plaid shirts. Wally also loves to needle Bob the station manager.

A short woman in her late 60’s, Jenna speaks with a heavy Eastern European accent. She is usually seen pushing her cleaning cart which hides a flask from which she frequently takes sips.

“Do the twisted creek”

Audio Samples From the Play

Songs and radio jingles used in the play are original compositions and are performed by a live band. Audience members may be used in the song contest, song call in night and other segments.

This is a work of fiction. Any names or descriptions of characters, businesses, places, events or incidents, are fictitious. Any resemblance to actual persons, living or dead, or actual events is purely coincidental.